Prosecuting and handling complex commercial and cyber-tech claims throughout the United States and abroad for over 35 years. 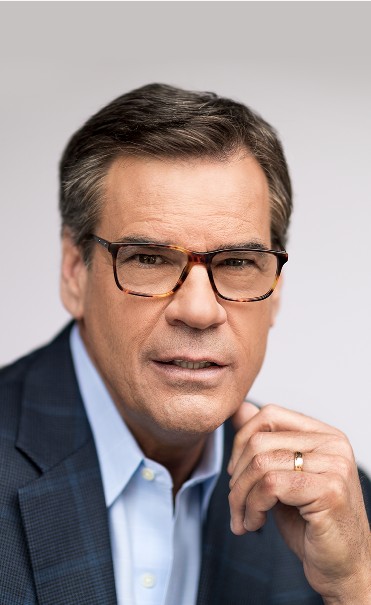 Terry Budd has spent over 35 years as a First Chair trial lawyer and litigator prosecuting and defending a wide range of Intellectual Property, Cybersecurity, Internet, First Amendment/Libel, and Complex Commercial litigation claims for corporations across the US and abroad. Typically advocating a counter-intuitive approach, yet one solidly grounded in well-established legal principles, Mr. Budd's practice has included a large number of high-profile cases, involving, for example, Playboy Enterprises, Turner Broadcasting, WWE, Coca-Cola, AOL, CBS Network, Goldie Hawn, NFL players, Westinghouse, Alcoa, BNY Mellon Bank, PPG, F**ckedcompany.com, Malwarebytes, and Bleepingcomputer.com. Mr. Budd has personally handled trial cases in NYC, LA, San Fran, Seattle, Chicago, Dallas, Philadelphia, Paris and Hamburg. He has also  been personally involved in winning numerous appellate cases in state and federal courts in the U.S. and the EU, including winning cases at the Supreme Court of the United States and in the appellate courts in France. He has repeatedly received The Best Lawyers in America Award and is a member of the Academy of Trial Lawyers (ATLAC). He has been recognized as one of Pennsylvania's Top Rated Lawyers and has consistently achieved the highest Martindale-Hubbell Preeminent - AV Rating plus its 5.0 Highest Ethical Standards Award.

After decades as an equity partner serving an array of Fortune 500 companies at the International law firm K&L Gates, Mr. Budd decided to custom tailor his practice to serve a small number of select clients through a boutique firm model in the special role as First Chair Trial Counsel and strategic outside General Counsel in matters across the globe from the US to the European Union to the Asian markets. Focusing his practice on the businesses of a select number of clients - while utilizing large International law firms as his special Litigation Teams - has enabled Mr. Budd to bring a new level of excellence to his clients' cases. Expanding his International practice for clients across the European Union, Mr. Budd actively participates in a number of International Law associations and High Tech organizations. Mr. Budd's practice primarily focuses on Cybersecurity, Software Litigation, AI/Machine Learning Developments, Blockchain Legal Disputes, and Intellectual Property matters. Mr. Budd has lectured extensively on Trial Tactics, developing and examining expert trial witnesses, jury psychology/jury selection, Cybersecurity, and Intellectual Property law - as well as effective strategic business planning for avoiding costly litigation. He has also authored and served as an Editor for a number of books and articles on Trial Tactics and legal strategies. Mr. Budd has been a contributor/commentator in various media publications, including the Wall Street Journal, the Chicago Tribune, NBC News, and the ABA Journal.

When not fighting for his clients, Mr. Budd enjoys traveling with his wife, son, and daughter - as well as shooting clays and action pistol competitions. Mr. Budd has been honored to gain a reputation given to him by his peers as "a lawyer's lawyer", who approaches litigation as a chess match.

For additional details on the types of cases Mr. Budd has handled and his additional professional accomplishments see his CV/Resume.

About Cases Resume/CV Media Testimonials Contact
© Copyright 2017-2022, Budd Law, PLLC
Privacy Policy/Cookies Terms of Use Disclaimer
Buddlawglobal.com uses cookies to provide you with a better browsing experience and analyze how users navigate and utilize the Site. By using this Site or clicking on "OK", you consent to the use of cookies. Learn more.